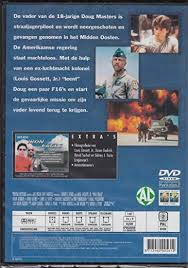 This is the second film in the series and is a low budget action movie. It reunites rebellious fly boy Cooper with his tough mentor Chappy (Louis Gossett Jr.), a beautiful woman, and a Russian pilot. But the film’s weak script and inconsistent performances don’t make it stand out. But if you love action movies, this might be the DVD for you. We’ve compiled some reviews of this movie and ranked its performance.

Iron Eagle was a 1986 military action film directed by Sidney J. Furie and co-written by Kevin Alyn Elders. While it received mixed reviews, it wasn’t overly realistic, and earned respectable earnings in the home video market. This film spawned three sequels and has a user score of 54 on TMDb, which collates reviews from 221 knowledgeable users. To watch this movie, you can rent or purchase it on Apple iTunes and Google Play Movies.